Posted by Jill September 30, 2014
This box was provided complimentary for review. 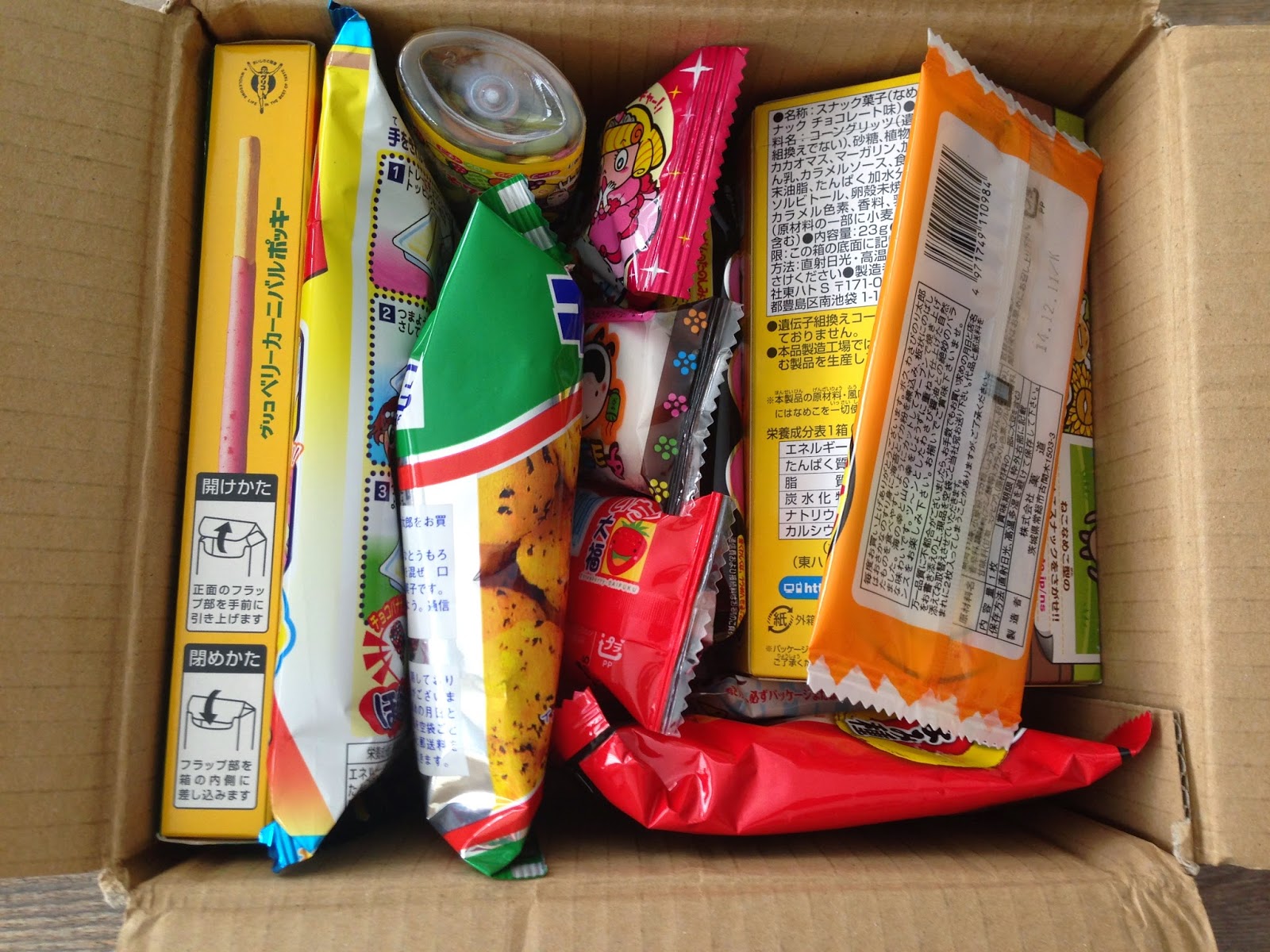 What is it? Taste Japan
How Much? £15 GBP per month (approx $27 CDN), including shipping (via Paypal)
What’s in it? 400-650g of mouthwatering treats and candies exclusive to Japan

Taste Japan is a subscription services based in Japan. Each month they send a box filled Japanese treats and candies.  Taste Japan kindly sent me this box for review. The box shipped from Japan August 26th and arrived to me in Vancouver on September 3rd. That's incredibly fast for an overseas shipment! I've been waiting on writing my review because a friend and I have been trying the snacks. I took many of the items into work with me and sampled them with my co-workers. It's been quite a fun experience! 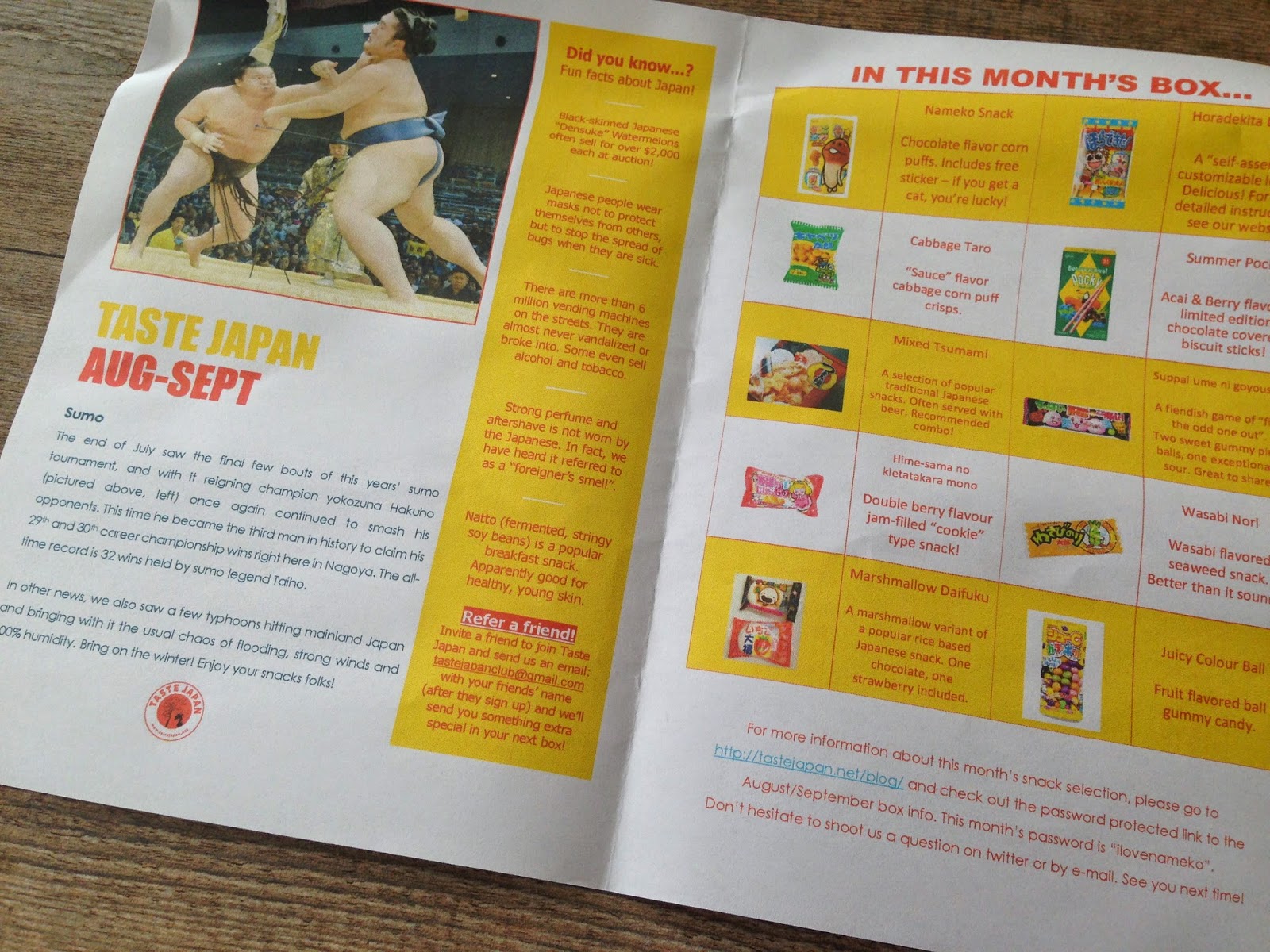 Taste Japan was founded by two British  guys living in Japan, so the product info card is also a bit of a letter. The guys let us know about a big sumo tournament, as well as some news about typhoon season. The sheet also included some facts about Japan. More product information is available online. The guys take the time to explain the products a little more, which was nice to see. 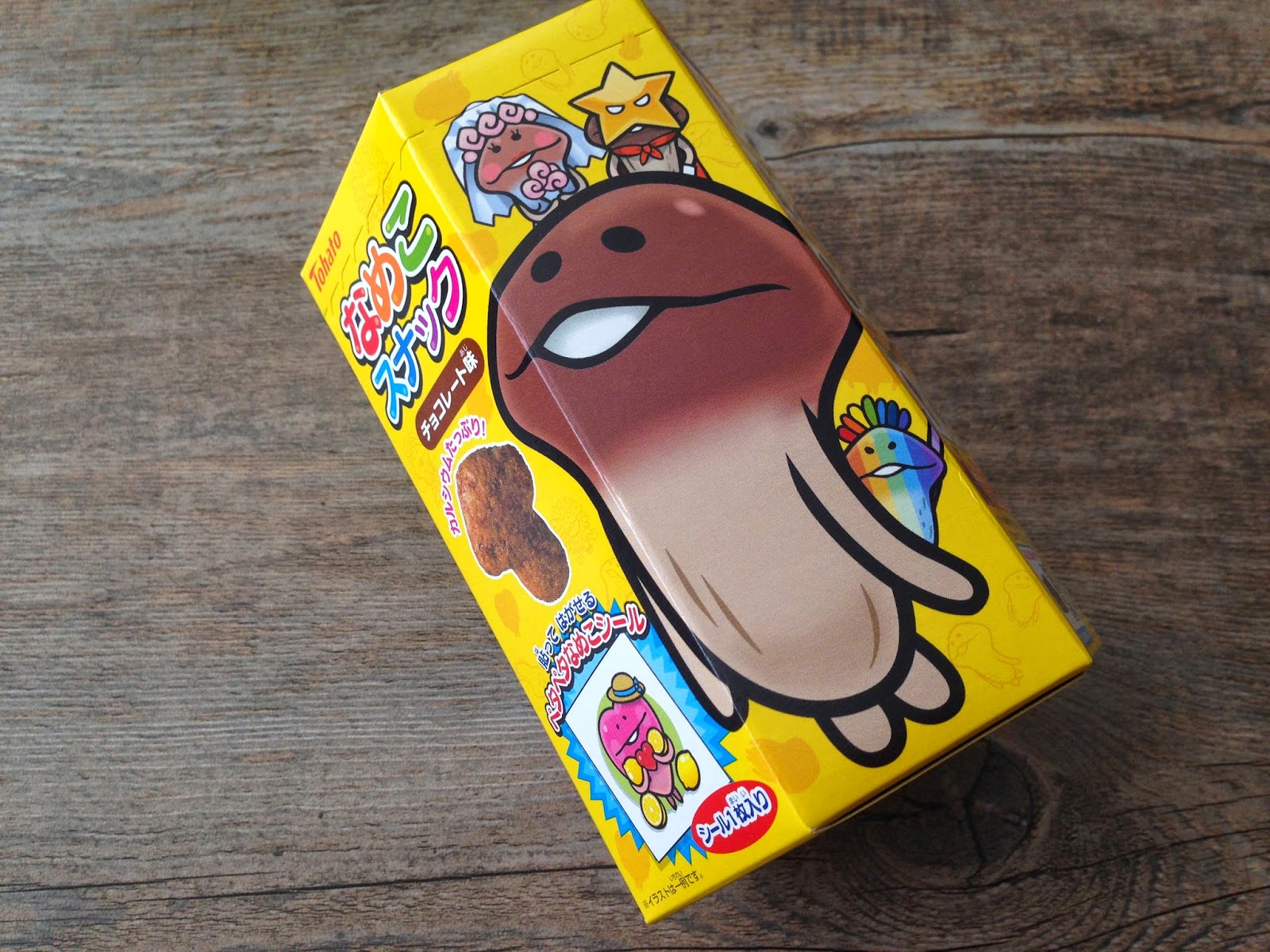 Nameko Snack - Chocolate Flavour Corn Puffs
“Nameko” is the name of the mushroom character seen on the front of this box. Insanely popular with kids, he even has his own animation series, stickers, stationary, posters, comic book and theme song (really). A nameko is actually a type of Japanese mushroom – why it was turned into a cute cartoon character is another Japanese mystery.
These are shaped like mushrooms but taste like chocolate cocoa puffs. Not bad! 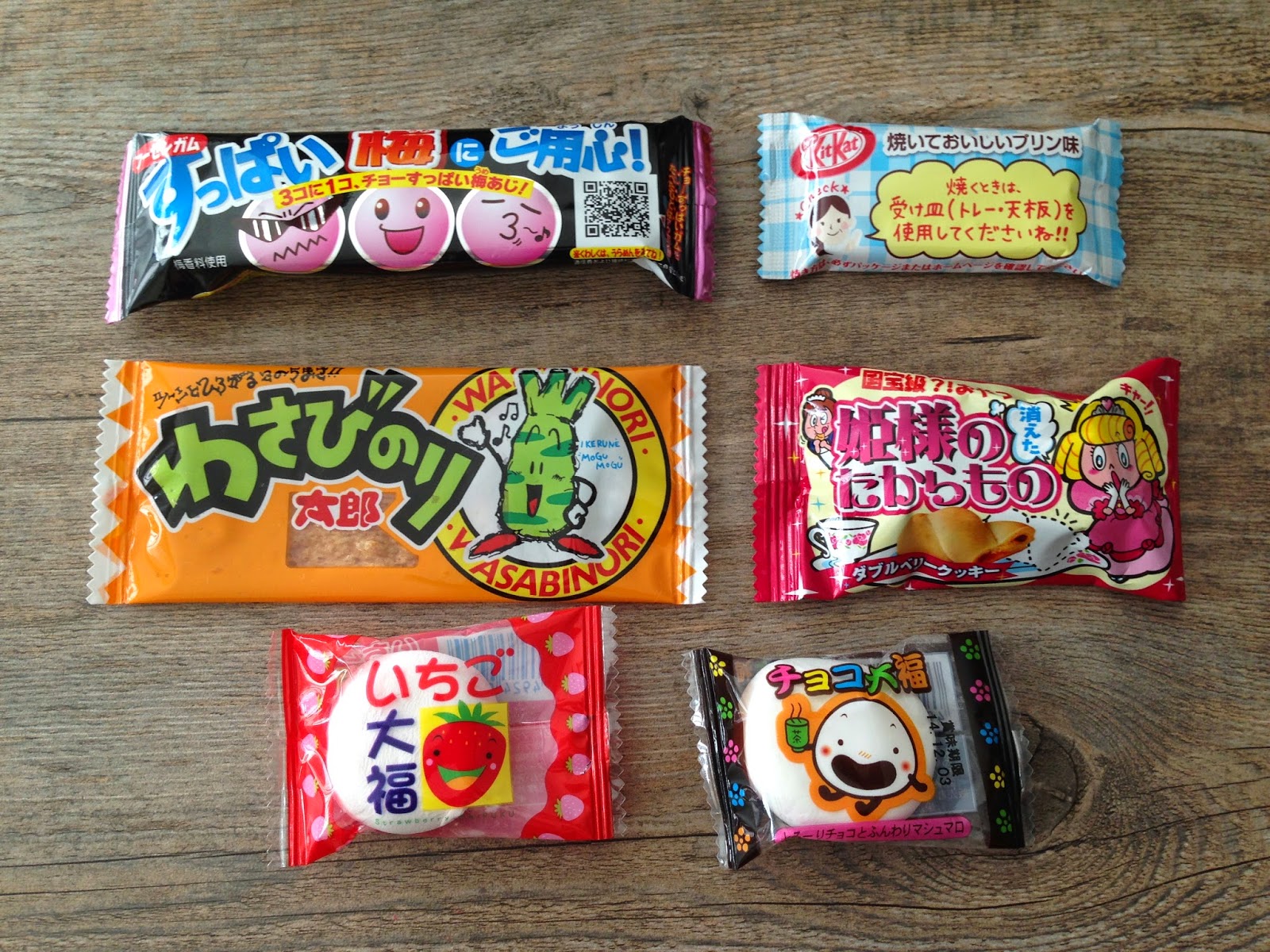 left to right, top to bottom

Suppai ume ni goyoushin (Beware of the sour plum)
It’s a candy snack as well as a game of russian roulette. Two of the gobstopper style candy balls are sweet and perfectly delicious plum flavor candy balls, while the last is a tongue twistingly, mouth meltingly, teeth shatteringly ball of sour plum straight from your childhood.
The sweet ones were a tad sour too but the sour one was seriously mouth puckering.

Wasabi Nori (Wasabi seaweed)
Another long-time favorite with Japanese people, this wasabi flavoured seaweed snack is actually made from a combination of seaweed and dried Ika (squid). Don’t let that put you off though, it doesn’t taste all that fishy.

I made the mistake of smelling it first. It smelled like fish food. The only person willing to eat it was my Asian co-worker. He said snacks like this are common in China, where he is from.

Hime-sama no kietatakara mono (The princess’s treasure which disappeared)
This one is a “double berry” flavoured cookie which just looking at makes us water at the mouth. A great little snack with an intense cherry flavour.
This was kind of like a fig newton but with strawberry jam. Very tasty.

Marshmallow Daifuku (x2)
“Daifuku” is usually a red azuki bean filled mochi (pounded white rice) snack served with green tea at traditional festivals and Japanese homes. It’s quite an oldschool Japanese snack which is definitely of an acquired taste. A little bit heavy, it’s not usually very popular with Western people. Fortunately, this candy producer has decided to sweeten the deal (literally) by changing out the traditional mochi shell in favor of a light fluffy marshmallow, and taking out the original anko bean paste for a strawberry or chocolate jam. We’ve included one of each in this month’s box so let us know which one you prefer!
The strawberry one was very good. The  chocolate in the other one was barely detectable. 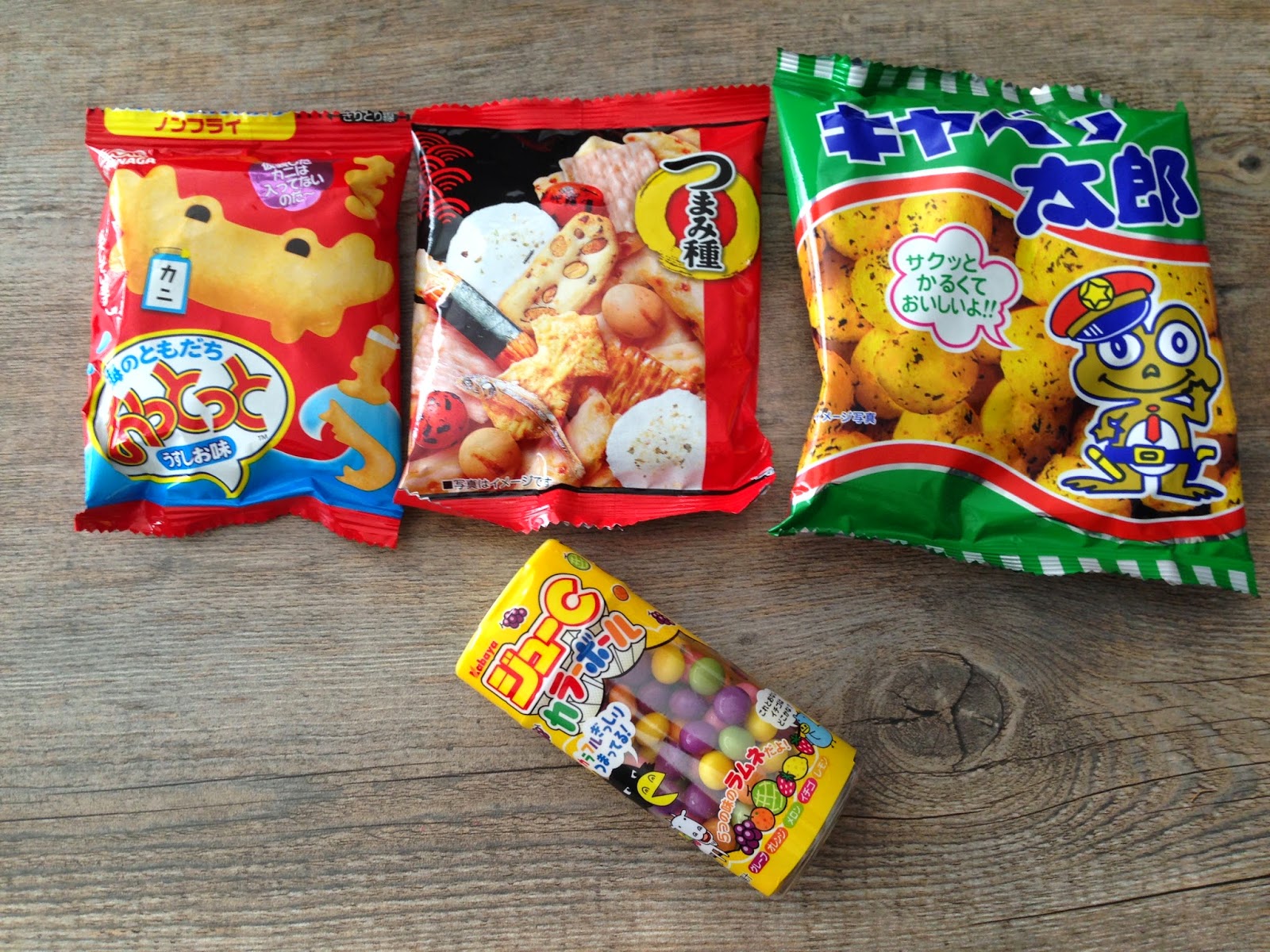 Moringana Fish Crackers
I'm not totally sure that's what these are because they aren't on the product list, but they are small salty puffed crackers shaped like fish and stars.

Mixed Tsumami
From what we’ve gathered while living in Japan, “tsumami” just means finger snacks, or as we’ve come to think of it, “beer snacks”. A pack of these is often served with an ice cold Asahi Superdry when you walk into a traditional Japanese Izakaya, or on an Aeroplane / Shinkansen while you take a “business” trip. Most of them are a little salty and work very well with a cold drink. Don’t be scared of the whole fish, it’s perfectly edible and actually pretty tasty. Eyes and all.
When I first opened this bag I was thinking... awesome rice crackers! I love rice crackers. Then I looked in and saw an eyeball staring at me. They weren't kidding when they said there are whole fish in the bag. Tiny, one inch long, dried fish. I couldn't do it. My Asian co-worker happily ate them all.

Cabbage Taro
Well, look at that. A frog wearing a policeman’s uniform. We don’t really know why, but this cheeky little chap is the mascot for this ever popular packet of cabbage cornpuffs crisps/chips. This particular pack has a “sauce” flavor, which is the Japanese condiment often used with takoyaki or okonomiyaki. Kind of like a slightly sweet BBQ or worcester sauce. Delicious!
I couldn't put my finger on what these tasted like, but my friend suggested they were like cheese puffs.

Juicy Color Ball
Everyone loves juicy balls! Right?! A nice “ramune” (kind of fizzy) gum ball treat which seem quite similar to Skittles. A nice selection of fruit flavours which complement each other nicely if eaten a few at a time.
These reminded me of Skittles a little bit. The texture was a bit softer and lighter but the taste was similar. 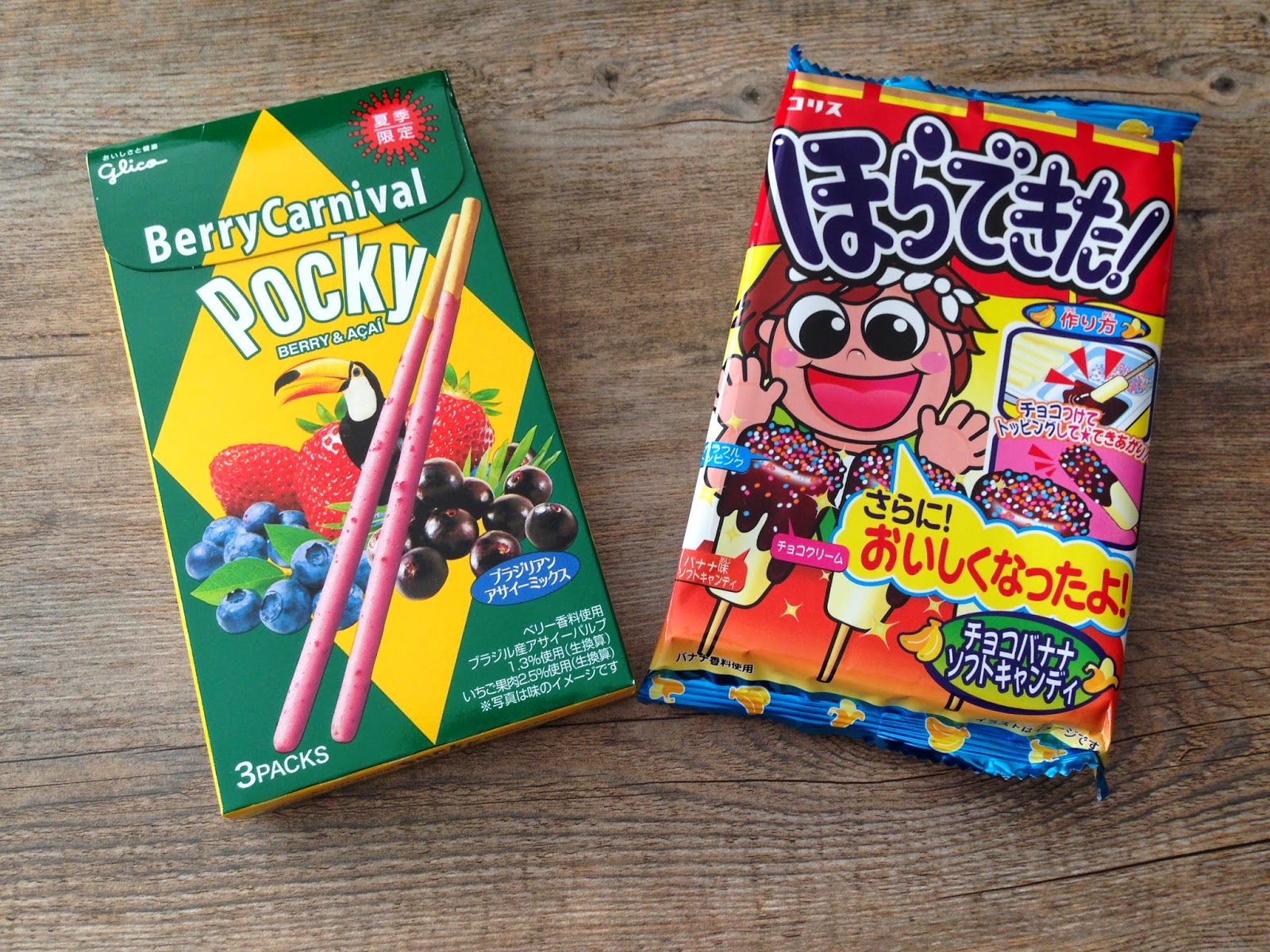 Summer Berry Carnival Pocky
This is a limited edition summer berry and acai flavour version of the well known “Pocky” brand of Japanese candy. In the UK, these are sold as “Mikado”, but with less exotic flavours. It’s chocolate on a crispy biscuit stick which is absolutely perfect for dipping in a nice cup of hot tea or coffee. This is probably not how it’s intended to be eaten in Japan, but we implore you to give it a go!
Pocky is the only product here I am familiar with. It's sold everywhere in the Greater Vancouver area.They were the most popular treat in the box.

Horadekita! (Hey, I did it!) DIY Lolly
Another of the DIY series style of Japanese candy, this one lets you make your own lollipop (or should we say “popsicle”?). It’s pretty simple to “make” this one — just empty the included pack of candy sprinkles into the plastic tray, along with the chocolate spread in a separate area. Next, simply skewer one of the soft foamy banana flavored bases, and dip/roll it around in the chocolate and sprinkles to your hearts’ content.
This one was a treat for sure. Remember Fun Dip? It's kind of like that. The sticks are banana flavoured, and you dip them in chocolate sauce, then into sprinkles. It makes a mini banana split. 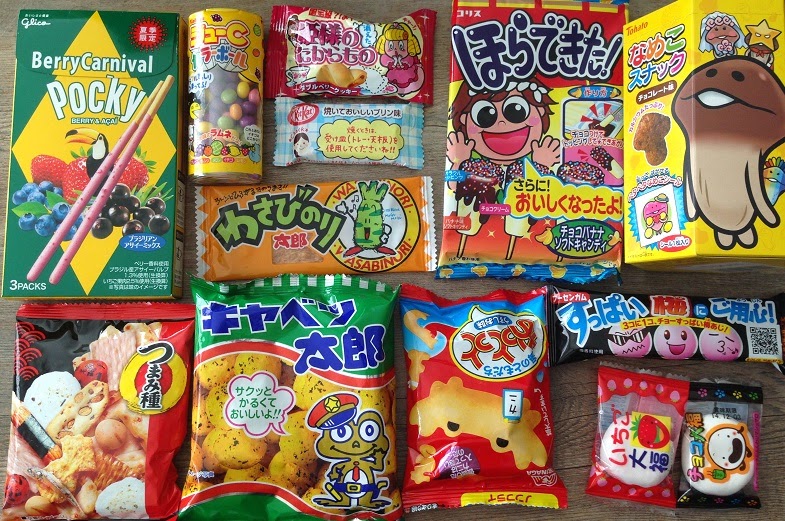 The August/September Taste Japan box included thirteen products! It's impossible to put an estimated value on this box, but when you factor in the overseas shipping costs, I'm sure it's worth the $27 CDN asking price. The value in a box like this one comes from the experience though. My friend Sarah and I had a great evening drinking wine and trying all the snacks. Some we would read up on first and some we tasted blind. It was a pretty funny night! I'm considering ordering a subscription for my friend for Christmas as she enjoyed the experience so much.

Click here to check out Taste Japan. If you sign up before October 20th, you will receive the October box, which is scheduled to ship between the 25th-27th.
Comments are now closed for this post. Please e-mail me if you have any questions or comments.
taste japan
Reactions:

New comments are not allowed.

Popular posts from this blog 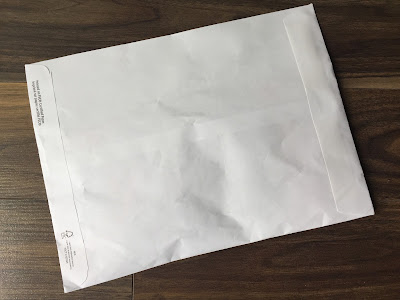 This package was provided complimentary for review.

Knotty Knickers is a monthly subscription that sends a package of women's underwear every month or every other month. Receive 1, 2, or 3 panties, in the style of your choice. Sizes range from XS to XL, and a size chart is available here. Knotty Knickers are made from cotton, polyester, and/or spandex materials. There are three style packages to choose from:
Naughty Package - Includes Thongs/G-string styles only Nice Package - Includes Hipster/Bikini Styles only Mixed Package - Get the best of both worlds with a mixture of all kinds of panties
This is a review for the Mixed Package, with two pairs.

The panties arrived in an envelope that fits in a condo sized mailbox. 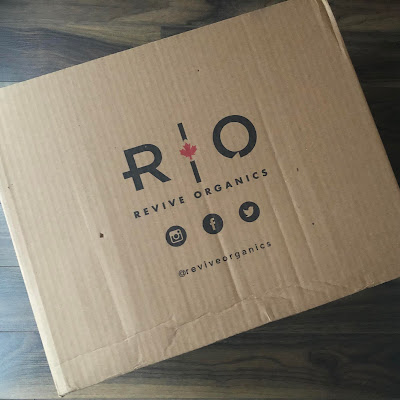 What is it?Revive Superfoods (formerlly Revive Organics)
How much? As low as $5.99 per cup. Shipping is free.
What's in it? Premium superfood smoothies and oats, developed and balanced by our team of nutritionists and food scientists.

Revive Superfoods is a frozen superfood subscription service that delivers pre-portioned, premium, nutritious smoothies and oat cups. Revive's single-portion eats are expertly crafted with a team of nutritionists and food scientists to provide tasty, nutrient-rich food that can be prepared in as little as 30 seconds. There are 12 smoothie recipes and 4 overnight oat recipes to choose from.

Subscribers can choose between weekly or monthly delivery. Weekly plans can include 9, 12, or 24 cups. Monthly plans include 12 or 24 cups. Your subscription is completely customizable. Select which smoothies or oat cups you'd like to receive, in whatever combination you'd like. De…
Read more 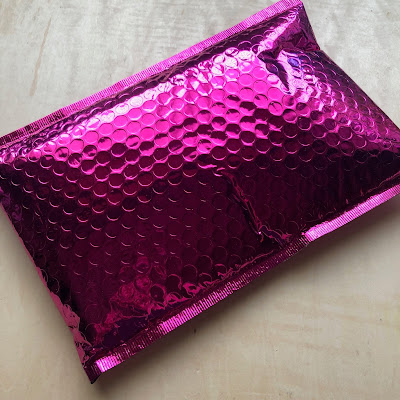 Canadian Box Addict pays for this box. This review was written by Hayley.

What is it?ipsy Glam Bag
How Much? $10 per month, plus $4.95 shipping to Canada. Prices in US dollars.
What’s in it? 4-5 beauty products every month

ipsy is a San Francisco based beauty subscription that sends a trendy Glam Bag filled with with deluxe samples and full-sized beauty products. ipsy uses ipsyMatch to help tailor a custom Glam Bag that matches your current style and beauty preferences. Once you've received your Glam Bag, you can head over to the ipsy Community to watch tutorial videos from ipsy's well-loved YouTube Creators, play along with the ipsy stylists, learn new beauty tricks using the same products they are using, and participate with your favourite Creators in monthly looks. As a bonus, you can review your Glam Bag and products each month to earn points towards free products.

Click here to check out my favourite sources for online shopping in Canada! 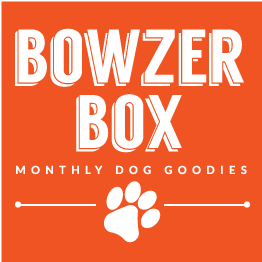